"The Castle of Otranto" Horace Walpole 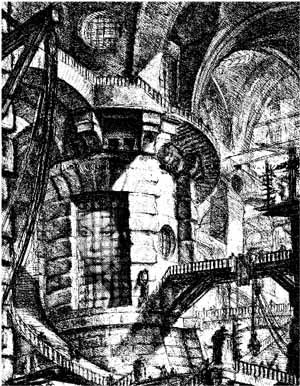 Gothic novel. Comparisons with 19th century novels: the prose has a breathless, breathy precipitate feel to it, helped largely by the almost non-existence of paragraphs. Punctuation is different: semi colons have a different function, used to divide the narrative voice from speakers. There are no quotations for speech and no paragraphing here either: speakers merge in and out of each other and in and out of the narrative voice in an endlessly long paragraph, which sometimes extends for a whole chapter. The text is amazingly fractured, with remarks left hanging in mid air, interruptions, inconsistencies and infelicitous innuendoes. The plotting is extremely slapdash, with crucial details added as and when they are needed, with absolutely no self-consciousness about the artificiality of this technique: the whole theory of narrative is different. Instead of Barthes’s “seeds planted that will later grow into fruition”, the plot lurches unsteadily from one crisis to another, with details supplied in order to extricate characters from impossible situations. Most of the dialogue and plotting serves the purpose of prevarication, with repetition of pre-explanatory banality for suspense, redundant cliffhangers and bizarre coincidences and occurrences. And yet it is not without a certain hair-raising delight, caused largely, for me, by the strangeness of the incidents: the black helmet’s plumes waving outside the window, the caverns under the castle. This is really what Mervyn Peake was trying to recreate. 19th century novels took from this the vulnerable yet strong position of the female, histrionic reactions to bad news and family values where the male is supreme. Themes include the struggle between Church and Sate, Christianity is juxtaposed with pagan magic. However, the world of the novel is so completely artificial that it really bears no resemblance to the real world, so that it becomes absurd to speak of the theme of Church versus State, say. The whole text bears all the marks of appearing to have been written in a terrible rush by an amateur. But this may be a very subtle irony.
Posted by Murr at 12:42 PM