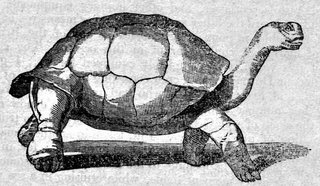 This is the book that launched the Symbolist movement, Art Nouveau, the Decadents, and eventually, I suppose, Modernism. It’s hard now, post Aubrey Beardsley, post Mucha, post Wilde to see the originality of the book, but original it truly is, setting out most of the subsequent themes of the fin du siecle: extreme aestheticism, fears of degeneracy and weakness of blood (syphilis and Des Essientes watery aristocratic blood). Reading Huysmans is to have Wilde ruined for one –at least the Wilde of the dreadful Salome, and the appalling verse, which is worse. Reading Huysmans is to have the origin of Wilde of The Artist as Critic explained to one. Des Essientes is a weedy aristocratic aesthete with an unlimited budget who retires from the world in order to build his environment of artifice. He renounces nature and all that it includes –fellowship, the day- and immerses himself in reverie, his library, his art collection and a principled elevation of artifice over nature. The overriding symbol for this is his gilding and encrusting with precious stones of his pet tortoise, who subsequently dies unable to bear the dazzling luxury imposed upon it.

Although Des Essientes has experienced heterosexual love, the book is a series of carefully coded inversions, perhaps masking the central sexual inversion of the protagonist. He wants to decorate his bedroom like a monastic cell, but can’t really bear the thought of the rough poverty this would entail, so he chooses fabrics and materials which, while rich and luxurious in themselves, will create the impression of poverty when viewed under candlelight. Tired of the artificial flowers he has in his house, he longs for real flowers, but chooses ones which look artificial; day is inverted into night, his decorations are carefully considered under the effect of candlelight. His one relationship is with a young man toward whom he acts as mentor, not for the good, but in order to corrupt him utterly through sex so that he will become a murderer. This he describes as an act of revenge against those who are unable to appreciate beauty. Like the poor tortoise’s shell, the text is studded with references to art and the fruit of civilization: Redon, Moreau, a fabulous description of the decline of Latin as a language, put forward as a catalogue of Des Essientes’s library.

It is the ultimate highbrow’s book, and is the highbrow’s revenge. Each of the arts, each of the senses is given a chapter and analyzed to its absurd depth: taste in the description of the liqueur mouth organ, color in the description if his interior decoration, literature, both classical and modern, horticulture, painting, food. Wilde’s famous dictum that nature imitates art, and that we appreciate nature because art teaches us how to see it, is a lesson culled from Huysmans' brilliant use of metaphor, which reaches its apotheosis in the description of the tropical plants. They are all described in terms of wounds or vile diseases and excrescences: a mad blurring of symbol and object, a blending of discourses worthy of the great Joyce himself: the Echinopsis , thrusting its ghastly pink blossoms out of cotton wool compresses, like the stumps of amputated limbs, Nidularium, opening its sword shaped petals to reveal gaping flesh wounds… and goes on, in a sustained confluence of visions. This description has surely altered our view of tropical flowers, the way that Mapplethorpe’s pictures have.

Interestingly, Des Essientes’s perverted rejection of nature and elevation of artifice is seen as being connected to Catholicism –his Jesuit education- on the one hand, and an extreme (Neo) Platonic classicism (The Plato of The Laws Book X would be smoking with speechless rage to see how his doctrine of the ideal had been usurped by this aesthetic vision: His penchant for artificiality and his love of eccentricity could surely be explained as the results of sophistical studies, super terrestrial subtleties, semi-theological speculations, fundamentally they were ardent aspirations towards an ideal, towards an unknown universe towards a distant beatitude as utterly desirable as that promised by the scriptures. No Protestant or non-conformist could have had the imagination to create this madness: fin de siecle and Decadence is a Catholic vision (Perhaps this explains Wilde’s death bed conversion: a last commitment to his youthful ideals.) On the other hand it can also be attributed to the extreme boredom of someone who doesn’t have to work for a living.
Posted by Murr at 12:41 PM

While A rebours is an incredibly influential, genre-defying novel, to say that it "is the book that launched the Symbolist movement, Art Nouveau, the Decadents, and eventually, I suppose, Modernism," is, at very least, a gross over statement. While today A rebours is held up as the quintessential decadent literary work (as it was largely recognized by Huysmans' contemporary authors, sans Zola), Mallarmé was already writing his opaque, symbolist poetry by the time Huysmans' masterpiece was published in 1884. Furthermore, A rebours is as indebted to the naturalism--in it's encyclopedic listing of illnesses, interior decoration,etc--of Baudelaire and Zola as it is a forerunner of the works of Eliot and Wilde.

Well, of course it's an overstatement. This is a blog entry, not an academic phd!
Murr scratches!
One could, conversely, argue that Huysmans's novel had more of an impact than Mallarme's poetry due to the fact that a novel's readership is usually wider than poetry's.

Interesting link you draw between Huysmans's catalogueing and naturalism, though.

Huysmans and his literature. Amanda Nebiolo and her pictures. Dandy and art. Amanda Nebiolo's artistic style use different techniques to elaborate every subject, that is produced as charcoal drawing with chalk and ochre on parcel paper, as well as oil painting with metal leaves on canvas. Her paintings portray almost exclusively people: soft, sensual women, with intense faces and eyes and elegant men with undefined faces (the dandies inspired by Oscar Wilde).

I strongly agree that "Against Nature" had more of an impact than Mallarme's poetry, not just because of the accessibility of his prose but ultimately the legacy left behind revolutionised literature. The effect on Wilde is most apparent as the changei nineteenth century fiction as a whole.

Oh and i forgot- big up english! Huzzah