'My Country and My People' Lin Yu Tang 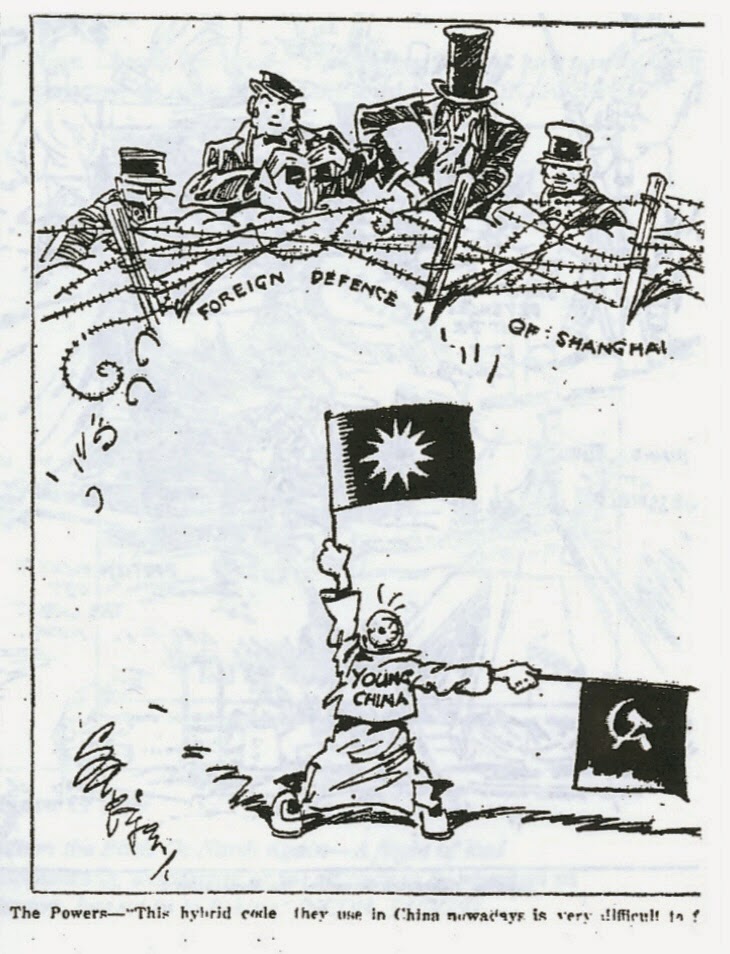 China is the greatest mystifying and stupefying fact in the modern world.

Written in 1935, Lin’s was the first major work by a Chinese to introduce China and her culture to the West. Lin was born in China, but was educated in the West, in the US and Europe. He was a key figure in the New Culture Movement of the 1920s, but after 1935 spent most of his life in the US. He was the compiler of a Chinese - English dictionary which is still one of the most widely used today, and the inventor of the first Chinese language typewriter – a kind of Renaissance Man. He is ideally suited, then, as a kind of insider-outsider to write about his own culture.

The Chinese observer has a distinct advantage over the foreign observer, for he is a Chinese, and as a Chinese he not only sees with his mind but he also feels with his heart… he writes of his mission to observe and explain his birth culture to his adopted culture.

Lin’s book covers subjects as diverse as the role of women, the Chinese mind, the importance of calligraphy as a way to understand Chinese culture; he gives potted histories of Chinese literature and painting; he teases out patterns of circularity and repetition within and across the various Dynasties; he discusses the importance for the Chinese of their houses and gardens, tea culture and The Golden Mean. In fact, the topics he chooses to enlarge upon are an indication of what is important for an understanding of the Chinese, as it might not have occurred to a Western commentator to give such weight to calligraphy, for example.

Lin is very clear sighted about the strengths and weaknesses of Chinese culture, especially the great influence of Confucianism, of which he is rightly highly critical. In this, of course, he follows other writers of the New Culture Movement such as Lu Xun and Lao She.

Of the Confucian ideal of the gentleman ruler  (junzi 君子), ruling by example through correct morality, Lin notes: it is a queer irony of fate that the good old school teacher Confucius should ever be called a political thinker, and that his moral molly-coddle stuff should ever be honored with the name of a political theory. He notes the difference between form and substance, or appearance and reality, one of the key tensions in Chinese life, between a political theory that emphasizes virtue and morality, and yet which gives rise to the most consistently corrupt and incompetent governments the world has ever seen, in any and all periods of history.

Of the five relationships as defined by Confucius - ruler to ruled, father to son, husband to wife, elder brother to younger brother, friend to friend- Lin notes the omission of the relationship between stranger and stranger, and calls this a great and catastrophic omission, and one that partly accounts for the lack of a civic consciousness in Chinese life, the complete indifference to others outside ones own family circle, the lack of manners, the lack of what he calls a Samaritan spirit, and the all pervasive presence of nepotism and venality in public life. Another reason for the lack of public spirit is the Confucian emphasis on the family, of which he notes: family consciousness degenerates into a form of magnified selfishness at the cost of social integrity.

Lin is very good indeed on the special features of the language, and how these features restrict the ability of the Chinese to express themselves clearly and indeed to think clearly: one sometimes wonders whether the Chinese people as a whole would be so docile and so respectful to their superiors had they spoken an inflectional language and consequently used an alphabetic language. This is absolutely right, in my view. In a language that has no word for ‘no’, how do you refuse, or disagree with someone?

Mind is determined by language, and of the Chinese mind Lin notes the absence of real logic as Westerners understand it, and its replacement by, on the one hand, ‘common sense’, which he lauds, and on the other, a kind of Taoist epistemology which holds truth to be something above words, and impossible to be expressed by them. (Consider the opening lines of the Tao Te Ching: The Way that can be spoken of/ Is not the constant Way/The name that can be named/Is not the constant name.)  Lin writes: Anything like cogent reasoning is unknown in Chinese literature for the Chinese inherently disbelieve in it. Consequently, no dialectic has been evolved and the scientific treatise as literary form is unknown.

Lin is a wonderful guide to Chinese literature, and he presents a wealth of poems, excerpts from the histories, essayists and novelists from all dynasties. Among my favourites is this example of  the Chinese method of classification and naming, Lin is talking about the names given to the different styles of writing in Classical criticism:

Much of what Lin writes is extraordinarily perceptive and confirms my own experience. He is at his best when he is explaining facts and teasing out their ramifications, for example the dialectic between Confucianism and the legalism of Han Feizi; or the importance of Face in the interactions that go to make up a culture and a society, or the special characteristics of the language. He is at his worst, however, when he is lauding those aspects of Chinese culture that he considers virtues, for example the emphasis he places on reasonableness and common sense. ("I have lived here for nigh on 20 years, and I’ve seen precious little evidence of common sense anywhere during that time", mutters the Old China Hand.) Lin seems to be unaware that common sense is as much a relative cultural construct as anything, and that it is completely incompatible with the notion of Face. When he is in this mode, Lin is no more than your usual Chinese chauvinist, although a highly articulate and learned one. 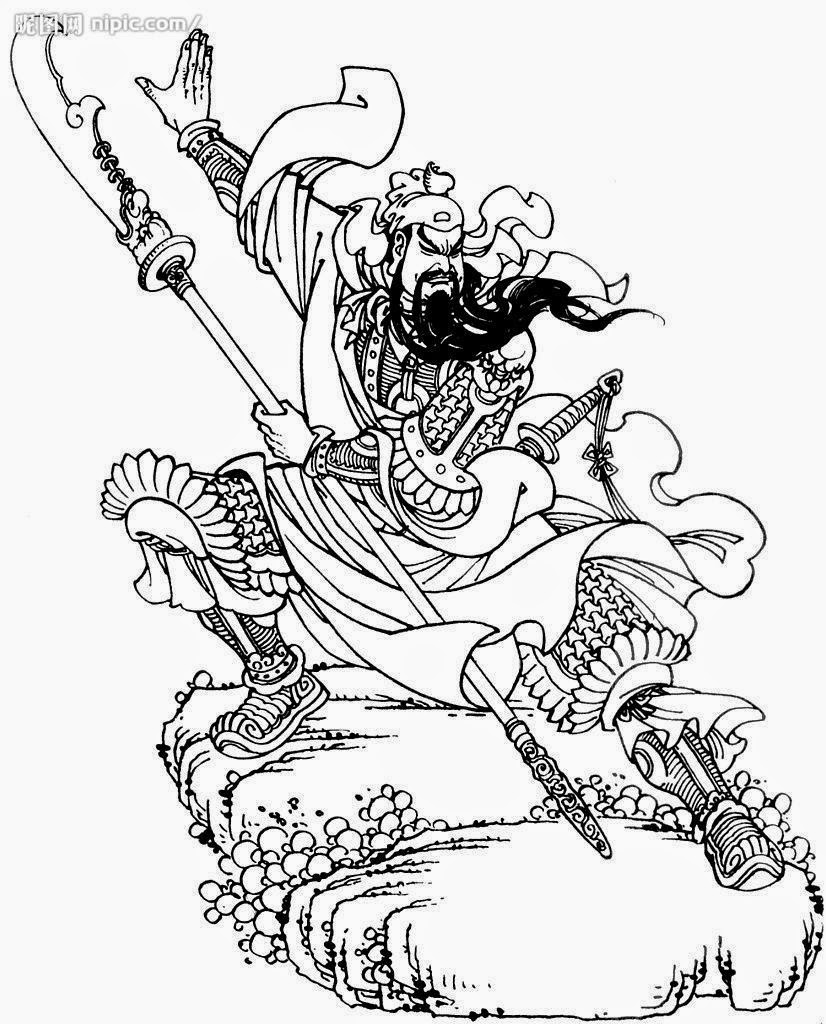 Lin’s book is dated; it contains many references to race, and the purity of Han blood or the necessity for its reinvigoration; and in this Lin shows how he is bounded by the limitations of the time of writing. ‘Race’ and ‘blood’ are common tropes of the sociology of the 1930s, and Lin spent much of the 30s in Germany, where this kind of writing was infected with notions of racial purity. He is also backward in his discussion of the role and nature of women in Chinese life. His solution for China’s ills is to shoot the officials, and he ends the book with an image of the Great Executioner cleansing out the stables of government. Well, Chiang Kai Shek, and the Japanese, and Mao, and Deng Xiao Ping tried that in one form or another; today’s leaders are also showing great enthusiasm for shooting officials, yet the fundamental problems Lin highlights in his book still persist. Perhaps Lin is merely being ironic, and rather too sanguine. Perhaps only when Confucianism has been eradicated and the Chinese language has evolved subject/object pronoun differences and created a word for ‘No’ will her problems – and her unique culture – be eliminated.

However, Lin has an engaging style, an energy and idiosyncrasy of vision (he is adept at the long sarcastic, rant) and can turn out pithy and memorable epigrams that extend beyond their immediate context:

Graft, or ‘squeeze’, may be a public vice, but it is always a family virtue
All Chinese are Confucianists when successful and Taoists when they are failures.
Buddhism is Taoism a little touched in its wits.
The Chinese are by nature greater Taoists than they are by culture Confucianists.
When people persist in talking of moral reforms as a solution for political evils, it is a sign of the puerility of their thinking and their inability to grasp the political problems as political problems.


Until everybody loses his face in this country, China will not become a truly democratic country.
Posted by Murr at 2:45 PM