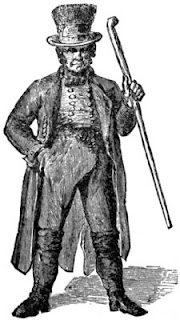 This is one of the great forgotten masterpieces of the Enlightenment, an old book that reveals the origins of all the new tricks. Calvino gave us a narrator that addresses a reader and pulls him into the story; Becket gave us two meaningless figures without origin waiting and chatting on a heath; Pynchon gave us interrupted narratives and digressions as a narrative strategy; Camus gave us an existential dilemma in a myth of Sisyphus; Barthes gave us the readerly text, and Iser gave us reader response theory; but in 1796, Diderot gave us all of these combined in this brilliant and hilarious novel.

Jacques and his nameless master are travelling through the French countryside on a mission that is only revealed later in the story. On the way, they recount tales to each other and the people they encounter, have various adventures in inns and meet other travellers on the road. A picaresque romp through pre-Revolutionary France, the book is at the same time an extended trick on the reader, a long shaggy dog story, in which the central narrative - the story of Jacques’s loves - is never completed: pleasure is always deferred.

The main narrative is self-consciously interrupted by subsidiary stories and anecdotes, usually but not always told by Jacques, many of them scurrilous, and all of them highly entertaining and funny. Most of them illustrate the central philosophic enquiry of the novel, which is that everything is written, fate is inescapable, call it what we may; free will is an illusion which helps us to carry on with our lives, but it is only an illusion; and we are bound to act in ways determined by causes we may not be aware of: all central Enlightenment concerns.
Do you, Monsieur, know any way of erasing this writing?
Can I be anything other than myself, and being me, can I act otherwise than I do?
Can I be myself and somebody else?
And ever since I have been in this world, has there ever been one single moment when it has not been so?
You may preach as much as you wish. Your reasons may perhaps be good, but if it is written within me or up above that I will find them bad, what can I do about it?
If free will is an illusion and we are bound by determinism, what can we do? Laugh, eat, drink, make love, make friends and tell each other stories, and accept each other as we are, Diderot seems to be saying, in direct opposition to Church and Authorities who brandish false punishments and artificial laws: Principles are only rules which some people lay down for other people to observe. There are constant references to Rabelais, whose message was similar, and the humanism of the book is refreshing and beautiful, part and parcel of its earthy humour and its wit:
I’ve tried a hundred times….
No no tell me what it is you’ve tried?
Not to give a damn about anything. Ah, if only I could have succeeded!
What would that have done?
It would have made me free from worry, made me no longer need anything, made me completely master of myself…I’ve given up and decided to be as I am.

The book as also a parody on the novels of the period, and of novel writing generally. There are no descriptive passages, of people or of scenery, and backstories, motives, narrative drivers are all self-consciously eschewed in favour of dialogue, patter, repartee and argument. How did they meet? By chance, like everyone else. What were their names? What’s that got to do with you? the novel begins, stripping away all the novelistic conventions of naming and setting, pointing up the artificiality of such conventions and establishing from the very get-go a dialogic format. Later, the narrator asks the reader, in a typical narrative strategy, Reader, if I were to stop for a while here and come back to the story of the man who had only one shirt because he had only one body at a time, I should very much like to know what you would think. And later the reader interrupts the narrative to remark on one of the characters He was a man. A passionate man like you, Reader, rejoins the narrator, A curious man like you, Reader. A questioning man like you, Reader. A nuisance like you, Reader. The tone of exasperation between the narrator and the reader often mirrors the tone of exasperation in the exchanges between Jacques and his Master, which call into question the whole relationship between master and servant, indeed the whole basis of the social order. The Reader compromises the Narrator’s independence, while the Narrator frustrates the reader’s desire to know more. This raises questions of who is creating the story, who is the master, and who is the servant of the narrative.

But you are asking me, Reader, where in God’s name were they going? And I reply, Reader, in God’s name, does anybody ever really know where they are going? What about you? Where are you going?
Posted by Murr at 7:19 PM

If the book involves infinite deferral of pleasure and cuckoldry, I am all for it. Seriously Murrushka, I love your review. I must prevail upon the wicked Baron to find a copy for me.

Wonderful review. You have inspired me to order a copy. I have been meaning to read Diderot for some time. I'm looking forward to it now. Thankyou.

Also, I received my copy of Oblomov today. I am a bit intimidated by it's size. My bookbag made a loud thud when I came in this evening and set it down.