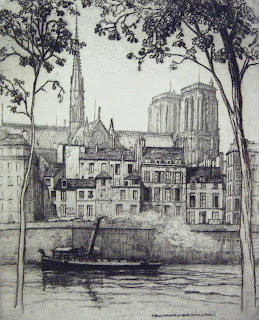 So you require mere chatter, light sketches, personal impressions snatched on the run.

In the summer of 1862 Dostoevsky made his first trip to Europe. This was a milestone in his life. From his childhood and adolescence, European literature had been his passion; as a young man, he had espoused the latest French socialist ideas current among the Petrashevsky circle; as a member of the Russian intelligentsia, Europe and its culture generally had been at the forefront of his education and his mental life just as much as Russia and her culture had. Now, for the first time in his life, the entire land of holy wonders unfolded before him in all its complex reality. Winter Notes on Summer Impressions is Dostoevsky’s account of his trip, published the following year in his journal Time. As its title suggests, the book has a double focus: winter meditations, and the summer impressions which inspired them. It includes descriptions of his train journey there, descriptions of London and Paris, and portraits of people he meets (summer impressions). At the same time it is an important document in the emergence of Dostoevsky’s own social/philosophical thought (winter notes): Allow me, after all, these are winter recollections of summer impressions. So the winter is mixed in with the summer.

Like all foreign visitors to London in the mid 19th Century, Dostoevsky was overwhelmed by its size (London was the biggest conurbation on the planet), the vast number of people living there, the immense prosperity, stability and complacency of the society, and the way this existed side by side with the most appalling and dehumanising poverty. He notes how in London everyone exists peaceably with everyone else, the city is able to unite differences through one overwhelming and irresistible idea. This idea he calls Baal: materialism:
He also notes the propensity of the British for forming obscure sects: the ‘Mormons’ he calls them, or the ‘Shakers’. He means, of course, the wide plethora of Protestant churches and missions, as well as the Catholic relief organisations in London. He saw this exclusivity in negative terms as a secession from the wider brotherhood of humanity. This is a very Slavophile idea: the Slavophile thinker Komiakov had first seen the difference between Russia and the West in terms of their differing relationships between unity and freedom. Protestantism emphasizes freedom at the expense of unity. Dostoevsky saw for himself this Slavophile belief in the splintering effect of Western Christianity reflected in the array of groups, clubs and churches of Protestant London. There is a stubborn, …struggle to the death between the general individualistic basis of the West and the necessity of somehow getting along with each other, of somehow putting together a community and settling into a single anthill…For the first time in his life, Dostoevsky came into direct contact with other branches of Christianity, and was able to see them for himself, make judgements about them based on his own experience. It is in Winter Notes on Summer Impressions that Christianity makes its first appearance in Dostoevsky’s published writings.

His writing on London is powerful and imagistic: a city bustling day and night, as immense as the sea; the screeching and howling of machines, the railroads built over the houses (and soon under the houses); that boldness of enterprise; …that polluted Thames; that air saturated with coal dust; those magnificent public gardens and parks; those dreadful sections of the city like Whitechapel, with its half naked, savage, and hungry population… Over it hangs the spirit of one of Dostoevsky’s great influences, Dickens. There is no evidence that these two overwhelming presences of 19th century literature met, but Dickens was in London in the summer of 1862. Perhaps they bumped into each other, on the Embankment, in the middle of the night, both of them on their nocturnal rambles through the teeming city. Perhaps they shared a moment together, leaning over the railings, smoking and staring in silence at the dark water moving sluggishly below them, not knowing who the other man was.

Paris allows Dostoevsky to indulge in a long rant against the bourgeoisie, that much and unfairly maligned class. Dostoevsky, always irresistibly attracted to the fictional, creates three characters: Bribri, his wife La Biche, and her lover Gustave, and amusingly imagines the goings-on between them a la French farce in order to highlight the hypocrisy of the French: their love of virtue coexisting with their love for scandal, their propensity for lofty thought coexisting with their absolute worship of money. He is witheringly scathing about the French, often hilariously so: the Frenchman has no common sense, he quotes Fonvisin, an earlier writer on France. The French (and the Germans) seem to bring out the bigotry in Russian commentators. Dostoevsky himself is aware of this and remarks in a cunning aside that this bigotry echoes a certain vengeance for some wrong in the past…

At the same time, writing about Paris brings into much sharper focus than heretofore in Dostoevsky’s non-fiction articles of the same period his ideas about brotherhood. The French national idea of Liberty, Equality and Fraternity he sees as hollow, for brotherhood does not exist in a real form in Europe, but only as an ideal, and ideals are perforce unreal. It cannot be created artificially, but is a natural quality found most fully developed, of course, in the Russian. It is rational, individualistic self-interest which is the greatest stumbling block to brotherhood in the West: a principle of isolation, of urgent self-preservation, self-interest and self determination for one’s own I, a principle of the opposition of this I to all of nature and all other people as a separate and autonomous entity completely equivalent and of equal value to everything that exists outside itself. Against the artificially created brotherhood of the Western socialists, Dostoevsky opposes the natural brotherhood of the Russian, which is in itself a humiliation of reason.

As with his other non fiction writings of this period, the style of Winter Notes is highly dialogic. The book begins as a parody of early 19th century Russian travel writing to Europe, especially the arch-conservative Karamzin’s. However, it soon turns into something else much more original and strikingly modern, with the inclusion of A Completely Superfluous Chapter, which stands in the mind of this reader as one of the most astonishingly bravura pieces of writing in the Dostoevsky canon, if not in the whole of 19th century Russian literature.
It begins with the narrator in the quiet of his railway carriage contemplating Fonvizin in his French costume, then introduces another voice, then another, until the narrator is arguing with a host of disembodied voices, each representing a shade of opinion from Westerniser to Slavophile, all citing Schedrin, Derzhavin, Gogol, Griboedov, Turgenev, remonstrating with the reader about all the voices and the citations: You are thinking that this is a hoax, pure nonsense, lurching off into stories overheard in train carriages, anecdotes from the newspaper, running jokes involving bad breath, ladies’ underwear (Our entire ultra-progressive party stands up fervently for foreign suspenders) and perfume, and lengthy and hilarious asides. For all those aficionados of modern hyperrealism, Dostoevsky here shows that he can riff with the best of them.
Behind all the flim-flam, however, is a serious examination of Russia’s fraught historical relationship with Europe, and a critique of the Westernisers’ comparison of Russian backwardness in favour of European civilisation: This faith in infallibility, in the right to make such accusations is ridiculous, ridiculous enough to make you laugh. This is either faith or swaggering over the people, or ultimately, unreasoning servile worship of European forms of civilisation.

This dialogic alternation of mere chatter and serious musings, which is the hallmark of all Dostoevsky’s non-fiction writing from the 1860s, was partly his own natural voice (Brodsky says of Dostoevsky’s Russian that: His sentences have a feverish, hysterical, idiosyncratic pace, and their lexical content is an all but maddening fusion of belles-lettres, colloquialisms, and bureaucratese. His digressions are prompted more by the language...) and partly a strategy for dealing with the ever-present censor. Although the censors under Alexander 2nd were not as strict as those of the totally repressive previous Tzar’s, they were unpredictable and capricious (as is always the way with censors), and thaw alternated with freeze. Winter Notes was published during a freeze which accompanied the Polish uprising. In fact, two months after publication the journal was closed down by the authorities, but not in connection with this work. From his earliest feuilletons in the 1840s, and then again in his interrogation and police report, Dostoevsky showed a foxy attitude in dealing with authority.
His tactic is to enfold controversial material inside the chatter, preferably in another voice providing a contrary argument to that of the main narrator, preferably providing a screen of many voices, so that it’s almost impossible to tell which one is the predominating point of view, unless one is carefully looking out for it. Another trick is a change in the lexical field, so that the text seems to be about something else quite trivial. Here, for example, he is really talking about the spiritual poverty of Western civilization to which the progressives in the government were blind: Do not think that I shall say to you, as I if I didn’t know, that our progressives do not at all promote padding, and indeed hold it up to shame, as they do all dainty garments, but hiding it under the vocabulary of underwear. In fact, whenever the narrative voice protests that he is not saying that, that that is not what he means, the reader can be sure that that is exactly what he means. Yet another device is to undercut controversial material with a throwaway aside: Now I see that this is all utterly superfluous! But I warned you that this whole chapter was superfluous. Incidentally, where was I? Ah yes, the French caftan! That’s what started it! And still another tactic is to frame reality within a fictional aside, anecdote, quotation or joke. These tactics add to the virtuosic tone of the writing but also create some difficulty for the modern reader who is not completely alert to these cultural and political factors behind it. In any case, Dostoevsky’s style was hugely popular with his contemporaries, especially with the young.
The Superfluous Chapter ends with this crafty excuse: I have meditated at length on our Russian Europe; an excusable affair when you are yourself going to see European Europe. Besides, there is really no reason to beg your pardon. After all, my chapter is superfluous. And then the following chapter starts off exactly where the previous one had begun, in the train carriage alone with his thoughts, wiping out everything that has gone before, entering Erqueline, the first station on French soil.

The freedom of conscience and convictions is the first and foremost freedom in the world.
Posted by Murr at 11:42 AM

Having been startled to discover that Dostoevsky visited Dickensian London I found this article quite fascinating. His description of the slums smacks of Dore. I am now off to find a copy of Winter Notes. Many thanks. Patmycat