"The Village of Stepanchikovo" Dostoevsky 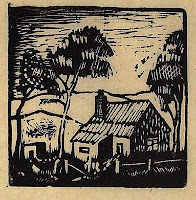 There are in it two vast typical characters which I have been creating for and noting down for five years, which have been formed perfectly, characters that are completely Russian and until now poorly portrayed in Russian Literature.

Dostoevsky to his brother May 3rd 1859


This is the work with which Dostoevsky returned to literature, after his four years in prison. It is also one of the strangest and in many ways the least characteristic of his works. All traces of his terrible experiences in the gulag are absent; all traces of his conversion to a highly individualised version of Christianity are absent; all traces of the loneliness and frustration of the Siberian exile in which he wrote it are absent. Instead, he presents us with a Gogolian comedy of manners, a rural retreat, an intricately wrought invention, a summer farce. Or at least this is how it seems. But there are nonetheless, carefully buried indications of what Dostoevesky had been through, and where he was going.

The narrator is summoned to visit his uncle in a village in the country, where he has come under the sway of a former servant, Foma Fomich Opiskin, a nasty, hypocritical manipulator of other people’s good natures. There follows a convoluted plot spanning forty eight hours, involving a host of minor characters, wild chases in carriages, a Pickwickian elopement, moonlight trysts and a climactic thunderstorm. It’s very Gogolian, both in its setting and its plot, and full of a kind of manic comic energy, with some very funny scenes.

Foma Fomich is a Pecksniffian study in hypocrisy, a truly vile character, and the reader longs to throw him through a window. In his backstory, Dostoevsky still shows his awareness of how slighted amour propre in marginal people can fester and turn to evil: Foma Fomich Opiskin was the embodiment of the most boundless vanity, but vanity of a most peculiar sort to be found only in complete non-entities….. His discourse is laced with sentences from Gogol’s Selected Passages, showing at once how awfully smug and surprisingly humourless Gogol had become in that book, and how bitterly the writers of Dostoevsky’s circle reacted to it. Opiskin is not intended as a portrait of Gogol, but is a satirical attack on the aspect of Gogol that Dostoevsky and his contemporaries found abhorrently displayed in the Selected Passages. This is Dostoevsky’s way of finally, and perhaps vengefully, expunging the influence of Gogol in his work.

The second ‘vast character’ mentioned by Dostoevsky in his letter is the uncle, Rostanev, a man who is just as egoistic in his own way, as the vile Opiskin. Rostanev’s inability to say ‘no’, his overwhelming desire to make everyone happy, his unwillingness to criticise anyone and his constant maneuvering to avoid confrontation are a form of egoism. His egoism creates difficulties for the other characters and robs them of chances for their own development. Rostanev is the first in the long line of Dostoevskyan saint figures, characters who embody nothing but goodness, saintliness. At the centre of the novel these two characters confront each other: Opiskin, the vile man, Rostanev, the virtuous one, setting up a confrontation between two modes of being that forms the heart of Dostoevsky’s great novels to come.

This is the first of Dostoevsky’s works to leave the city and go into the country. The lovingly painted (and wholly artificial) pastoral scenes of Gogol are transformed here into a place of dull poverty that seems much more realistic than the idealised settings of Gogol’s Ukranian tales. The village was small and poor and lay in a kind of hollow about three versts off the main road. Six or seven smoke-blackened huts, leaning crazily and barely covered with grimy thatching greeted all arrivals with sullen enmity…Most of the action, however, is restricted to drawing rooms and summer houses, interior settings, where the emphasis is on the interactions between people, on their motivations and characters, rather than on the landscape. The novel is constructed as a series of confrontations in rooms; it’s highly theatrical and highly dramatic, and dialogue not description is placed to the fore. This is not only a trace of the origins of the piece - Dostoevsky originally conceived this as a drama, but changed it to a novel when he realised the great difficulties of getting a drama past the censors - but also shows Dostoevsky’s main concern: he is always more interested in what is happening within and between his characters, rather than in their setting. This also forms the central focus of the great novels to come.

One of the defining experiences of Dostoevsky’s imprisonment, was his encounter with the Russian peasant. What a wonderful people, he wrote to his brother from prison, I have come to know not Russia, but the Russian people, well, and so well as perhaps not many know them. Stepanchikovo is the first of Dostoevsky’s novels to feature the rural peasant. In fact, the old peasant Gavrilla, and the strange androgynous simpleton Falaley are the only truly sympathetic characters in the book, and the only ones to offer any real resistance to the despotic regime of Opiskin. Foma Fomich forces Gavrilla to learn French, and bans Falaley from dancing the kamarinsky. In Opiskin’s interactions with the peasants, Dostoevsky satirises Gogol’s advice in Selected Passages on how to address peasants (Gogol’s suggestion goes like this “You unwashed mug! Look at you covered in soot to your eyeballs, and still refusing to pay homage!”). At the same time, he prefigures some of the debates of the Populists of the 1870s, and the reactions of the peasants to attempts to educate them: If you desire any service –I’ll always do it with the greatest of pleasure. But having me yap in some outlandish tongue in my old age and be laughed at by others!

Upon his release from prison, where intellectual stimulation was minimal, Dostoevsky was teeming with ideas, burning with a passion for literature, itching to return to his vocation as a writer, penniless, and anxious to re-enter the intellectual community. Stepanchikovo is exceptionally well-crafted, evenly written, and the kind of work most well suited to please the censor, and therefore pave the way for Dostoevsky’s return to literary life. Although it passed the censor, it was largely ignored by the public, treated with hostility by the critics, and sank largely into oblivion, overshadowed by the great works to come.

As a Christian, I forgive and even love you: but as a man, a man of honour, I’ve no alternative but to despise you. I’m obliged to despise you, I must in the name of decency because you have –I repeat- you have disgraced yourself, whereas I have acted in the noblest way possible.
Posted by Murr at 12:08 PM

You must be working on a complete and sequential read of D - bliss!

I disagree with you when you say that Rostanev was "just as egoistic in his own way" as Foma.
Rostanev shouldn't be mistaken for the meek, spineless type who is afraid of offending anyone for his own sake and because he wants approval. It was his endless faith in the goodness of people that made him forgive Foma over and over. It was his pure desire to make others happy that led him to give and give and never say "no," and also to maneuver to avoid confrontation. Just because, as it turns out in the novel, these normally virtuous traits become ridiculously naive and lead to more misery than happiness, does not make them egoistic. It just makes them naive.

I think Dostoevsky's staging of this "confrontation between two modes of being," as you aptly put it, is meant to explore how these Christ-like virtues of forgiveness, humility and giving work in the real world. And although I think this confrontation presents a critical look at the virtues, it does so with the purpose of clarifying what they mean and require, rather than to merely dismiss them as egoistic.

Unknown said...
This comment has been removed by a blog administrator.
3:52 PM

Unknown said...
This comment has been removed by a blog administrator.
3:06 AM