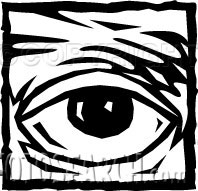 The real adventure of modernism is in the discourse. Ostensibly the plot of the novel goes like this: (warning: plot spoiler ahead) Razumov, a young student with his heart set on a career in the Russian civil service, is roped into becoming a reluctant revolutionary by Haldin, who takes refuge with Razumov just after the former has assassinated a minister. Razumov betrays Haldin, shopping him to the police. Haldin is arrested and hanged. Razumov is then recruited as a spy for the police and sent on a mission to Geneva to infiltrate the Russian community in exile there who are plotting against the system in Russia. He does so and falls in love with Haldin’ s sister. Tormented by remorse at having betrayed her brother, he writes her a documentary confessional, and then confesses himself to the revolutionary group, who take their revenge by making him deaf. Razumov then falls under a tram and is crippled for life. Broken and deaf, he returns to Russia to live in obscurity.

This plot allows several themes and ideas to be developed. The gap between true self and appearance, and the (mis)interpretation of others’ actions, which is the main Conradian project (c.f. this from Lord Jim : It is when we try to grapple with another man’s intimate need that we perceive how incomprehensible, wavering and misty are the beings that share with us the sight of the stars and the warmth of the sun. It is as if loneliness were a hard and absolute condition of existence; the envelope on which our eyes are fixed melts before the outstretched hand, and there remains only the capricious, unconsolable and elusive spirit that no eye can follow, no hand can grasp.)
Razumov’s reticence is a manifestation of his misanthropy and secret ambition to do well within the system, as he has no family to help him advance in the world. However, his silence and independence are interpreted by his fellow students and revolutionaries as being the mark of a man of revolutionary character, hence Haldin’s initial trusting of him. This is taken to a historical level, as Razumov rages against a history that has hijacked his plans for the future, and his destiny. This is a very Russian idea which permeates the work of Akhmatova, for instance.

The central character is remarkably drawn: a soul in torment indeed: as lonely in the world as a man swimming in the deep sea. Over the whole of the first part broods the spirit of Dostoevsky. Every one of Razumov’s intentions is misunderstood, despite his efforts to remain isolated and therefore -he assumes- safe from being misunderstood and even involved in others’ lives. It is his very isolation which draws him deeper into the revolutionary plot. His extreme egoism is his downfall, an idea that we see also in Lord Jim, and the novel is permeated by the familiar Conradian nihilism, given a Russian twist: The man who says he has no illusions, has at least that one.

Conrad exercises a remarkable prescience about the nature of revolution and revolutionaries: A violent revolution falls into the hands of narrow minded fanatics and of tyrannical hypocrites at first. Afterwards comes the turn of all the pretentious intellectual failures of the time. Stalin’s superstitious awe of genius like Pasternak, Schostakovich and Tsvetayeva is understandable considered in this light: Stalin as a pretentious intellectual failure and knowing it! The revolutionaries in the novel are a typical gallery of Conradian grotesques, some of them dripping with evil and menace –Nikita, who deafens Razumov -another example of prescient naming. They are all composites of real revolutionaries who can be spotted if one goes in for that sort of thing.

Another theme is the occult. The novel is steeped too in the occult: Sofia Antonovna and Madame De S__ bring to mind Blavatsky and Besant. This metaphysical aspect of the novel is deepened by Conrad’s use of Gothic and Romance to add a creepy resonance to the text. Natalia Haldin’s arrival at the Château Borel has all the hallmarks of the young virgin’s arrival at the vampire’s lair, and there are several echoes of the Bluebeard myth: with Miss Haldin in the hallway of the Chateau, and she and the English schoolteacher searching in the top floor of the hotel for Peter Ivanovitch. The weird figure of the downtrodden amanuensis who appears out of nowhere like one of the weird sisters in Macbeth and who later takes care of Razumov has witch like qualities, especially in her relationship to the cat. All of this is set into relief by a constant emphasis on the banality and the boring respectability of the city.

The Occult and the Revolution, those two primary preoccupations of the early 20th Century, and both of them concerned with alternative modes of reality –the domain of fiction in other words- make this a novel of its time.

But the real adventure lies in the discourse, as the story is told by an elderly English teacher of languages who is the friend of Mrs. Haldin and Natalia, with whom he is secretly - and rather abashedly, given their age difference- in love. His tale is based on the secret dairy of Razumov, which Razumov gives to Natalia just before his fatal confession, and which Natalia has passed on to the narrator.

This immediately raises several questions, the most important of which seems to me to be the question of why the narrator interposes himself as the intermediary between us and Razumov? Why can we not simply read the diary ourselves? What has been excised? What has been compressed, elided, glossed over? The narrator occasionally gives us direct quotes from the diary, but they are never enough, until right before the end, when perhaps it too late. Any clues we are given as to Razumov’s state of mind as he goes through these events are foregrounded by the narrator with such devices as: Razumov says he felt, Razumov wrote that he felt…, but more often this distancing device fades into the background and we are presented with Razumov’s internal life in the same way as any other 19th Century realist novel: through the omniscience of the narrator. Is the English teacher simply another manifestation of Conrad’s obsession with the origin of narrative omniscience that we find in all his books –the tale within a tale?
On the other hand, this device allows the enactment in the reader’s own mind of the main theme of the novel: the interpretation of other people’s actions.

In part 3 when Razumov is in Geneva and behaving strangely, laughing ironically and giving tortured glances, and the discourse is hinting at some secret he has, the reader is saying knowingly to himself: ah yes, that’s because he is tormented by the secret remorse of having betrayed Haldin, the revolutionaries’ hero, and he is terrified that they will find out. It is only in part 4 that we learn the real secret, that Razumov has in fact been sent on a mission as spy, and we realize that our previous interpretation of his actions has been false. This allows the novel also to maintain its suspense, as different motivations are revealed in turn.

This enactment of a theme, rather than just describing a theme, is one of the main characteristics, in my opinion, of the perfect work of art: one in which the work of art itself contains the key by which it is to be understood.

The profession of the narrator allows Conrad to also indulge in another book-length jaundiced outburst against literature and the contemplative life as opposed to the life of action: Words, as is well known, are the great foes of reality. We mediate and interpret reality through words, and their slippery nature sometimes leads us to misinterpret with fatal consequences.

The events concerning Russians are mediated to us through a Western observer, and the difference between us Westerners and them Russians is constantly highlighted as an interpretative difficulty by the narrator. For the resenters this is no doubt another example of Conrad’s Orientalism: Razumov is not allowed to speak for himself, but must be interpreted and presented and understood by a Westerner with more authorial authority: We are not allowed to read his diary directly. However, as always, the artist has the last laugh. The plot is observed and presented under Western eyes indeed, and the text is studded with very subtle references to eyes, until the end, when Razumov is deafened and the focus switches to ears. Another symbol of interpretive difficulty.
Posted by Murr at 8:25 PM

"Words, as is well known, are the
great foes of reality."

I am still
trying to get my mind
around
this beginning. (!)

Keep trying, KeyLawk. After all, Conrad spent his whole life trying to bring action and thought, reality and word together.

Great blog and my cats greet your inner cat. They help me read. Under Western Eyes is a neglected masterpiece which is as true today as the Marquis de Custine's notes on Czarist Russia were in 1839. Plus ca change....

Simon Sebag Montefiori and others never mentioned Conrad and obviously this book is increasing in relevance now that Putin is becoming a shorter version of Ivan The Terrible. Congrats to Poland for getting the shaft on the 70th anniversary of the Soviet invasion of Poland from the east.

Excellent review. I find the similarities between this book and the psychological types noted in Hoffer's true believer to be fascinating.

It is simultaneously a critique of Russian absolutism and of its reactive counterpart, revolutionary terrorism. Conrad is essentially a political conservative, but his background as a Polish national, raised under Tsarist rule, with an international career as a seaman before adopting British nationality, gives him a healthy non-partisan view on the political systems he considers.
English literature