"Under the Net" Iris Murdoch 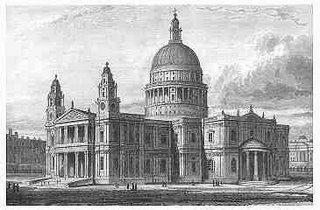 There’s nothing like a woman’s doing you an injury to make her incensed against you.
I know myself how exasperating it is of other people to put themselves in positions where you have to injure them.

Love is not a feeling. It can be tested. Love is action, it is silence.

Only very simple things can be said without falsehood.

The whole language is a machine for making falsehoods

I looked about me and called again. But my voice was caught up in the velvet of the night like a knife thrust caught in a cloak.

When I first read this book 20 years ago, I classed it along with the Angry Young Men writers: John Brain, Kingsly Amis, John Osborne et al, and as it comes from the same period I assumed it was the same type. Nothing could have been more wrong. Now, 20 years later, with an immense catalogue of reading behind me, I am more alert to the philosophical ideas underpinning her writing. The dedication to Raymond Queneau now alerts me to the wider resonances and deeper shadows (and general zaniness) of Murdoch’s project here. Murdoch is the inheritor of Eliot. She has her prescience, her insight and her fabulous rhythms:

Events stream past us like these crowds and the face of each is seen only for a minute. What is urgent is not urgent forever, but only ephemerally. All work, and all love, the search for wealth and fame, the search for truth, life itself, are all made up of moments which pass and become nothing. (Turgenev, Proust) Yet through this shaft of nothings we drive onward with that miraculous vitality that creates our precarious habitations in the past and the future. So we live; a spirit that broods and hovers over the continual death of time, the lost meaning, the unrecaptured moment, the unremembered face, until the final chop chop that ends all our moments and plunges that spirit back into the void from which it came.
This is the highest art. Murdoch is so much greater than her contemporaries the angry (and ridiculous in their anger) young men…..She is Tolstoy. She is Eliot. She is Shakespeare.

The main theme is the relationship between language and silence, and what it means to search for truth as an artist whose medium is language, a necessarily slippery and allusive medium which in the space between speaker and hearer allows so much to go wrong. The protagonist's first novel, called The Silencer, was born after a series of conversations between him and his friend Hugo, the theme of which is the impossibility of language to adequately express truth without corrupting it:
The whole language is a machine for making falsehoods.
In another conversation with a women with whom he is in love, but who in turn loves Hugo, the woman says: Only very simple things can be said without falsehood, and the simple things are the quotidian. She runs a theatre which has abolished language and focuses on mime; she, as an artist, has given up song and turned to silence.

Murdoch here is thinking of the philosophical school of nominalism, and this in turn relates to relativism. Not moral relativism but the shifting of perspectives through experience. The book is structured around a series of hapless adventures, or a series of episodes in which the hero is constantly sidetracked and hilariously thwarted from pursuing his ends, followed by periods of reflection on those actions, (usually accompanied by drinking.) His interpretation of events and the relationships of the people around him is always wrong, but they are presented to us as if they are right. At the end of the novel, in a hilarious scene, he confronts his earlier idol and betrayed friend and discovers that the truth is completely different from what he had expected, much more prosaic, and even boring. All the pieces of the puzzle fall into a different pattern from the one he had been working on.
Another dilemma worked on throughout the book is the moral role of the artist whose medium is words (and all their attendant falsehoods). Two alternatives are presented before the protaganist chooses a third way: screenwriting, symbolizing money and the prostitution of artistic integrity for material gain; and politics, in the figure of Lefty Todd and the NISP, symbolizing political commitment: a preoccupation of the English writers of the 50s. He rejects both of them. It is appropriate that he has his epiphany about money: A great truth become apparent to me: nothing in the world was more important than money in Paris, where Balzac set his great cycle of novels on the same theme.

Murdoch’s genius is that she presents the solution to these existentialist dilemmas on the surface of the book, within the discourse itself. Faced with impossible relativism, falsehood, the impossibly of truth, what can our reaction be? To laugh: the ludic as an alternative to the despair of nihilism. The discourse is hilarious, and at key moments when the action is most intense, and the characters are being most lead astray from their purposes, they are overcome by a hilarity and a hysteria which incapacitates them, and often the reader too. Of course there’s always a lot of drinking going on. And here Murdoch connects with the French humanism of Montaigne and Rabelais: the pleasures of the body and companionship as the answer to the indifference of the universe.
Posted by Murr at 5:01 PM