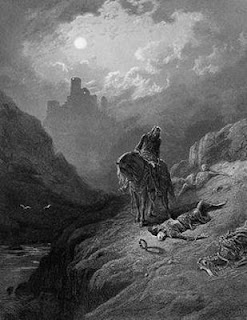 Given the great cultural differences in the world today, just as in the world's past, it seems to me unreasonable to think that the features and emphases of consciousness would be everywhere the same.

Their confused modern times produced a completely new type of human being...
Porius

North Wales AD 499, the third week of October. The last of the Roman legions has long left Britain, leaving the country in a chaos of competing tribes and interests. The House of Cunedda, an ancient and noble Romanised Brython family, is trying to hang on to the hegemony given to them by the Romans over this small corner of the British Isles. Threatening them are, on the one hand, the aboriginal Welsh, the subjugated forest people, under the leadership of their Druid and their three ancient Princesses; and on the other, an alliance of the Ffichtiaid (the Picts) and the Gwyddelaid (the Scots). To make things worse, a Saxon horde under the leadership of Colgrim is advancing to put everyone to the sword. King Arthur and his court, with Merlin, and his cavalry, the only possessors of horses in this horseless land, arrive to help the House of Cunedda in return for their assistance in trying to unify Britain and fight off the growing number of Saxon invaders. Against this historical background of violent transition between the Roman and Saxon eras of British history the story of Porius, the heir of the House of Cunedda, unfolds.

The novel is huge, in every sense of the word. At over 2800 pages in manuscript, and almost 800 pages (of very small type) in this latest and most complete edition, it teems with life and incident and characters, historical, mythical and fictional. The various machinations and alliances between the political interests, the marriage of Porius and his cousin Morfydd, who is in love with his best friend Rhun, who in turn is in love with Merlin's sister Gwendydd; the secret plot of Arthur's nephew and heir Medrawd to usurp Arthur's throne; the secret alliance on the part of the three Princesses and the Druid of the forest people with Colgrim's Saxons, are just some of the narrative incidents described. The novel also describes a clash of ideologies, with Christian thinking competing with Mithraic ritual and ancient Druidic practice and Merlin's mystical Earth worship for ideological dominance over the coming age, with Christianity itself rent asunder by the Pelagian heresy.

The text bristles with references to the ancient Welsh mythology contained in the Mabinogion, The Tale of Taliesin and Y Gododdin, Boethius, the letters of Sidonius and Cassiodorus, the Arthurian romances of Chretien de Troyes, Eschenbach and Geoffrey of Monmouth, Pelagian texts and Aristophanic comedies, Greek, Welsh and Persian phrases, and underpinning it all, in the way that The Odyssey underpins Ulysses, is an Alchemical initiation rite.

The discourse is characterised by an extreme precision of observation and description, and by an extreme slowness of pace. John Cowper Powys can spend two paragraphs describing a rotting ash branch, the colour of a mist, or the sound of a reed bed in the wind. Action is suspended while the character's emotional states and thoughts are minutely described in a fashion that owes much to Henry James or Proust. The interaction of memory, psychology and intention with the wider cosmic forces in the universe are given as much space in the narrative as descriptions of food, clothes, dwellings and weapons, mountains and forest. Horses, dogs, water rats, owls and trees play as prominent a part in the plot as human characters. John Cowper Powys was one the greatest prose stylists of the 20th century. The prose is richly gorgeous, sinuous, evocative, and capable of describing the most fleeting psychological and natural states. The book demands and receives the most intense absorption on the part of the reader.

However, early readers of the novel found it overwritten; it was rejected in its original form and first published in a heavily excised and shortened version. The fact is that Powys achieved something so original and so unusual, so difficult and so tenuous with this novel, that it is not surprising that it has languished in obscurity since it was completed. For Porius may be read as an extended examination of the nature of consciousness within the genre of historical fiction. 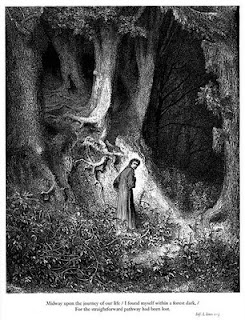 Part I: Historical fiction and the Anachronism of Consciousness

Historical fiction is always based on an underlying anachronistic assumption, and that is that the personages of the past had a consciousness which is to all intents and purposes the same as ours. Modern readers are encouraged to empathise with or understand historical personages by the way the fiction underlines the similarity of consciousness between the figures of the past and ourselves - or at any rate, by the way the fiction does not emphasise differences in consciousness. Very good historical fiction (Yourcenar's or Broch's for example) shows greater awareness of this difference in consciousness even if it doesn't foreground it, while very bad historical fiction (Ken Follet's or Tracy Chevalier's for example) merely describes modern people in costume, participants in a fancy dress ball or a historical reconstruction (there's always a Rolex showing somewhere, or someone will sneak off behind the scenery for a quick fag and a facebook update).

In an essay My Philosophy published in the collection Obstinate Cymric in 1947, four years before the publication of Porius, John Cowper Powys described modern consciousness. His description has much in common with contemporary scientific and psychological descriptions of consciousness, and is entirely uncontroversial. It consists of the following elements:

Thanks so much! I have long been keen to see connections between Jaynes & contemporary writing, but this of course reaches back before, and is entirely appropriate. Now for a second, slower read . . .

Another remarkably perceptive essay on John Cowper Powys. You have really provided some useful keys to a highly idiosyncratic (and somewhat overlooked) author. Your latest effort provides a much to chew over. Wonderfully done!

Anyone interested in JCP - please take a look here at a project attempting to save him from the slide into literary oblivion: